Often when I read one of Brad Whttington’s posts, I get the feeling of “being behind the power curve.” That’s an aviation term for an undesirable condition in which full engine power is offset by very high aerodynamic drag, resulting in minimum airspeed. That same power setting with the airplane ahead of the power curve would result in maximum airspeed. You can think of it as using the most fuel to travel the least distance. In your automobile, it would be like pushing the accelerator pedal to the floor and spinning the tires trying to get out of the mud.

Two characteristics of Brad’s posts put me there: 1) I always learn something in retrospect that I should have known, and 2) he has a tendency to throw down the gauntlet with a statement like, “Now maybe we can convince Tosh to do a post on paying people royalties to do day-rate work.”

This subject relates to an essential consideration for any author when comparing the pros and cons of indie versus legacy publishing, especially now that literary agents are scrambling to offer publishing services to authors. Let’s ignore the fact that this is in violation of the Association of Authors’ Representatives canon of ethics and deal with the practical result of agents acting as publishers.

At the core of the current turmoil in the industry lies the prime motivator for agents and publishers alike, to carve out a piece of landscape in the new world out there. They no longer have a monopoly on printing and distribution, and it’s easier than ever for authors to create their own books and put them up for sale with the potential for reaching a market limited only by how aggressively the products are promoted. We have an alternative to legacy publishing that is more viable than ever before.

Authors and prolific bloggers Dean Wesley Smith and Kris Rusch have written an extensive series of informative articles on how to think like a publisher. Two of their specific topics relate directly to the issue at hand, and they serve as the cornerstones of the title of this post.

Today’s publishing contracts typically contain addendums to the standard boilerplate of the past. One such alteration is to what’s called “the sunset clause” and refers to the criteria in the contract for determining when a book is declared out of print and all rights revert to the author. When sales drop below a defined number of units for a specified number of successive months, the author has the right to request and receive control of the book’s future, whatever that may be.

This is a very important point, because over 40% of all print books published end up as remainders, sold at deep discount or tossed into the maw of a pulping machine to become recycled paper. If a publisher has thousands of copies of a stagnant book lying around in a warehouse, they have every incentive to declare it out of print.

But with ebooks, unlimited virtual online shelf space costs them nothing. Why not hold on to the book rights and benefit from whatever profit potential exists in the future? The result is that publishers don’t want authors to utilize this escape clause, so they alter it to effectively retain rights to the book in perpetuity.

Let’s combine that with how publishers, and now their mutinous agent-cum-publisher sidekicks, establish the structure of royalty payments. They deduct expenses from the list price and pay the author a fixed percentage of the net. To toss a gauntlet back to Brad, we’ll let him provide the figures on how much he earned per copy in his traditionally published Fred trilogy. (Hint: Comparing list price to his cut of the profit pie was a jaw-dropper for me.)

The egregious result of this business model is most apparent when considering how the old guard is positioning itself to snatch control of the ebook from authors, most of whom don’t want to bother with production details. Understandably, they want to spend their time writing and leave the business side of publishing to others. And therein lies the trap.

“Let us handle all that,” they say, which supposedly will cover content/developmental editing, copy/line editing, proofreading, manuscript conversion to ebook digital format, cover design, and promotion/marketing.

“Oh, boy,” says the author. “That sounds like a great deal. No money upfront, and they just take a percentage of each book sold. What’s not to like?”

It’s as if you have just made a deal with your lawn maintenance company to pay them a percentage of the value of your home for a task worthy of no more than hourly-rate compensation. Your legacy-inspired and -trained compatriots in this business endeavor have just tricked you into paying in perpetuity for something that cost them a few flat-rate hours. The number of ebooks sold divided into their total venture capital expense quickly turns the concept of net into a dinosaur. After they get their money back, you are giving them the lion’s share of the list price forever. (Please pardon the mixed metaphor . . .)

Authors thereby become indentured servants to the new, improved legacy business model, and it’s totally unnecessary. Hire someone to accomplish each of the production tasks under the simple concept of this service for that compensation and be done with it. Don’t fall for the temptation of making it easy.

In the long run, it’s just not worth setting up your lawn guy to inherit your house. 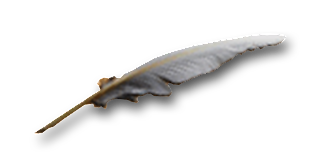 Tosh is the author of the aviation mystery/thriller Pilot Error, the second-in-series Red Line (Spring 2013), and two non-fiction series: Book One of Wings On My Words, tales from the writer's desk, and Book One of Words On My Wings, tales from the cockpit. Visit him online at toshmcintosh.com.
Posted by Tosh McIntosh at 8:32 AM